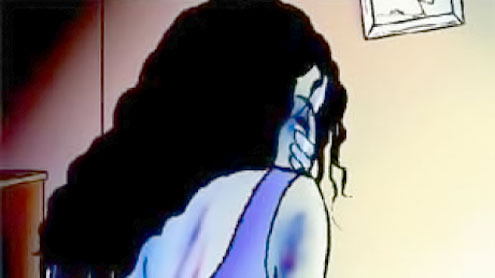 POLBA: Police have dug up a fact more bizarre than fiction in the gangrape of a 39-year-old woman in Hooghly’s Polba, 60km from Kolkata.

Investigators say she was raped by the killers she had hired with the help of her lover to murder her husband.The lover, Zico Pal alias Potla, is a rich, married farmer 14 years younger to the woman. He wept inconsolably in the police station as he narrated how he tried to stop the killers from raping her, sources said. But the gang tied him up and went on raping the woman.The four killers had been hired by Potla from Belgharia on the city’s fringes, Baranagar and Bandel, police said. He and the woman have confessed to the crime. The lovers and the killers have been arrested.

Police grew suspicious of the woman because she seemed reluctant to file a complaint of rape although a medical examination had confirmed sexual assault. Her FIR mentioned only dacoity and murder. It was her 14-year- old son, Kushal, who told the villagers she had been raped. She added a rape complaint at their insistence.The incident occurred around midnight on March 28 in Patna village of Polba. The woman’s 50-year-old husband, Krishna Chandra Mal, a wealthy potato farmer, was attacked in his courtyard when he got up to go to the bathroom. The robbers slit Mal’s throat and stabbed him repeatedly before they ransacked the house to make it look like a dacoity. They tied and gagged his wife and son. But before leaving with the loot, they took turns sexually assaulting the woman.

Potla has admitted he had led the way to Mal’s house and was present during the incident, police said. He had not told the gang of his involvement with the woman and was shocked when they decided to rape her before leaving the house. He tried to stop them but in vain. It was Kushal who managed to free himself and alert neighbours.

Inconsistencies in woman’s statements alerted police: Police say the woman had a kind of obsession for Potla. “The two would meet whenever she went to her maternal home in Balagarh. Potla would even visit her house on a motorcycle when her husband was not around. The two would spend some time in private on the terrace. After arresting the criminals who raided Mal’s house, we came to know that they were hired by Potla. The conspiracy became clear thereafter,” an officer said. “During sustained interrogation, the woman broke down and confessed to her involvement,” he added.

“There were inconsistencies in the woman’s statements from the start. Since the time we started the investigation, we suspected that there was more to the incident than what was being said. It was after sustained interrogation of the woman and the four accused that we got to the bottom of the matter,” said Hooghly SP Tanmoy Roy Chowdhury. – TOI