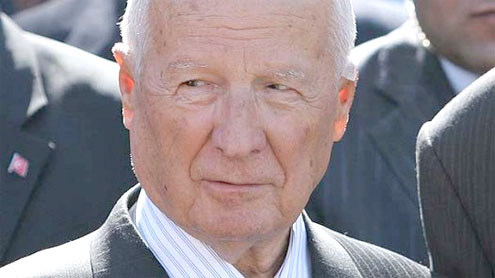 The two surviving leaders of Turkey’s 1980 military coup have gone on trial charged with overthrowing the civilian government.

Gen Kenan Evren, 94, who was president from 1983-89, and Gen Tahsin Sahinkaya, 86, are the first Turkish officers to face trial for staging a coup.Neither appeared in the Ankara court on Wednesday owing to poor health.A constitutional clause granting them immunity from prosecution was overturned after a referendum in 2010.Prosecutors are seeking life terms for both men.

However, the BBC’s Jonathan Head in Istanbul says they will not go to prison because of their ages and frail health.The Turkish prosecutor’s office said the court in Ankara could hear the men’s testimonies via video link.Turkish media says Gen Evren recently underwent intestinal surgery and reports on Tuesday said he had also broken an arm.

Some 600,000 people were detained after the coup. Many were tortured and 50 executed by hanging while hundreds more were told they would face the death penalty.Many of those who suffered are expected to be in Ankara for the trial.Gen Evren’s indictment carries great symbolic significance in Turkey, our correspondent says, demonstrating how far the balance of power has shifted away from the once untouchable military establishment.

In 2010, Gen Evren – Turkey’s seventh president – said that he would rather commit suicide than go on trial.He argued that the army’s action had saved Turkey from rising street violence involving left-wing and right-wing groups.The 1980 military overthrow was the last and bloodiest of Turkey’s coups. The others took place in 1960 and 1971, although the military also forced out a coalition government in 1997. – BBC