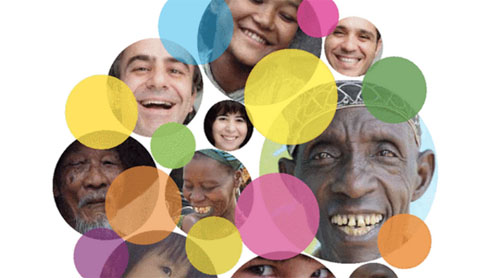 DUBAI: For some, it’s being with family, for a few others its material wealth, some give credit to love and for many it’s just a state of mind. So what is it that keeps a smile on people’s faces?

The World Happiness Report was released at a United Nations conference recently and it places the UAE in the 17th position. Denmark topped the list, closely followed by Finland, Norway, The Netherlands, Canada, Switzerland, Sweden, New Zealand, Australia and Ireland. The UN conference titled “Happiness and Well-being: Defining a New Economic Paradigm” brought together hundreds of representatives of governments, academics and other civic leaders to discuss the issue, according to an AP report.

The report was released by Jeffrey Sachs, the Director of The Earth Institute, a think tank from Columbia Institute.The report noted that social factors such as the strength of social support, the absence of corruption and the degree of personal freedom were more important than wealth.  Sachs, a prominent development economist at Columbia University in New York who edited the World Happiness Report along with John Helliwell and Richard Layard, said happiness could be achieved independent of economic well-being as measured by a country’s gross national product.

Khaleej Times asked a few residents of the UAE, if they were happy taking into account the details of the report.Nineteen-year-old Massef Sharafudheen, a student at the American University of Dubai, is a happy, lively person according to his friends.“I have been living here for 12 years and it’s been very comfortable for me. I do not have a lot of responsibilities, and I prefer living in the UAE than any other place in the world,” said Sharafudheen. “From what I see, the younger generation here in the UAE is a happy lot. We have very little responsibility and unlike our counterparts elsewhere in the world, we have very little financial or family issues. There is no bullying or racism in schools and I have a very good life. UAE can accommodate people from any place in the world, which makes it a very desirable place to live in,” he added.

Fifteen-year-old Pakistani national Maha Waseem said: “I grew up here in the UAE and yes, I am a happy person. I have a nice life and personally I think the government here takes good care of the people, which automatically makes people living in a country happy”.Markus N, a Swiss national, has been living in the UAE for the last two months.He said: “I am a happy joyful person because God made me so.” Markus stressed that even though he read about issues elsewhere around the world, it did not affect him much.

“I am aware of issues happening around the world and so are most of the people I work with over here. The cliché is that if we work hard, we can earn more and have money to buy things that keep us happy. But it doesn’t necessarily work that way. We are created happy and joyful. I am happy because I pray to God everyday.”Phillip Batistis, a Filipino nurse, said: “Yes, I am happy. Even though I stay away from my family, I am happy. I meet people from all over the world, and it helps me learn a lot about other cultures.”

British national Stephen Short said that the reason he is so happy is because his family is happy. “I shifted to the UAE from the UK because I was offered a better pay package, and apart from the paperwork and formalities that need to be completed here, living in the UAE is quiet comfortable. So, yes I am happy.”   The report also stated that in most advanced nations, women report higher satisfaction than men.