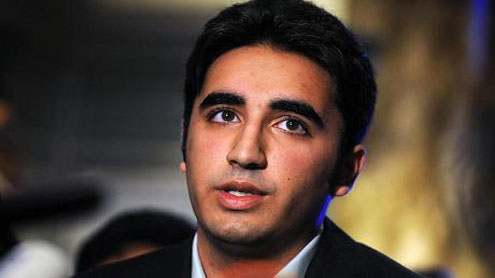 New Delhi: At the lunch hosted by Prime Minister Manmohan Singh on Sunday, Pakistan President Asif Ali Zardari and his delegation was served generous portions of the subcontinent’s varied cuisines.

Avial (mixed vegetables) and dosas from the Southern hinterland with prawns, gosht barra kebabs as starters from the central heartland of the country and desserts like phirni from the north and gur sandesh from Bengal were on the eclectic spread of dishes.Praising the meal, Bilawal Bhutto Zardari described the food very delicious.“President and I enjoyed Lunch with Rahul Gandhi and Prime Miniuster Singh, lovely meal, much to learn from each other,” Bilawal said through his twitter message.

The prime focus was on bilateral issues when Dr Singh has a one-on-one meeting with President Zardari, who made a three-hour stopover in New Delhi before flew to Ajmer to pay homage at the shrine of Khwaja Moinudding Chishti.During his day-long trip to India, Mr Zardari was accompanied by his 24-year-old son Bilawal Bhutto Zardari, interior minister Rahman Malik and senator Rehman Malik.

No aides were present from either side at the luncheon meet that held at Dr Singh’s Race Course Road residence followed by lunch was attended by select guests on both sides.Opposition Bhartiay Janta Party leaders, LK Advani and Sushma Suraj also attended the lunch while ruling Congress party Sonya Gandhi did not join the gathering. – Onlinenews