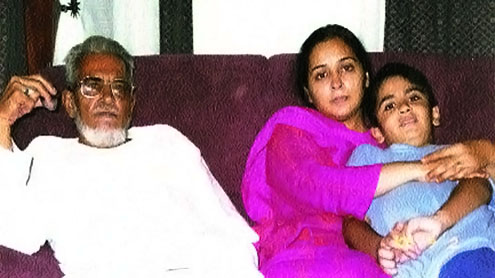 According to the Times of India website, the SC has granted interim bail to the Pakistani microbiologist, upholding an earlier verdict of a life term issued by a Rajasthan court.Dr Chishti, who had gone to India in 1992 to see his ailing mother, was implicated in a murder case.The court has directed Chishti to remain in Ajmer till further orders.

In its orders on Monday, the Indian apex court has also asked him to surrender his passport and allowed him to file a fresh application.The Pakistani microbiologist had requested bail on the grounds that he was an octogenarian and had already been in jail for 20 years.Dr Chisti had pleaded to the courts that he be allowed to return to Karachi or be allowed to reside in Delhi.

The issue of Dr Khalil Chisti’s imprisonment had come up during the lunch hosted by Indian Prime Minister Manmohan Singh for Pakistani President Asif Ali Zardari, the Indian newspaper quoted sources as saying.Indian media further reports that Pakistani Interior Minister Rehman Malik had also referred to the issue during his interaction with his Indian counterpart, P Chidambaram.Dr Chishti is a virologist holding a PhD from the University of Edinburgh and has worked in different parts of the world.

While visiting his mother in 1992, the Karachi-based microbiologist was present at his brother’s house in Rajasthan’s Ajmer city when an altercation, motivated by a family feud, occurred.A local man was killed in the quarrel and, according to the family, Chishti was falsely implicated in the case because of being a Pakistani. – Dawn