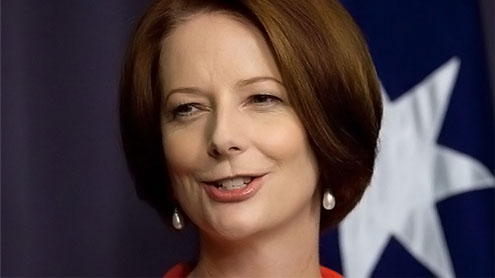 SYDNEY: Australian Prime Minister Julia Gillard on Sunday moved to distance herself from growing anger at a series of government scandals, suspending a lawmaker accused of misusing funds, a week after the parliament Speaker stood down over a sexual harassment lawsuit.

The suspension of Craig Thomson from the ruling Labour Party was seen as unlikely to weaken Gillard’s already tenuous grip on power as he is expected to support the government as an independent.The prime minister has been struggling after months of poor polls, which predict a landslide victory by opposition leader Tony Abbott in an election which must be held by next year at the latest.

Her government has relied on independents since a 2010 general election, which returned a hung parliament.Gillard said the accusations against Thomson, coupled with the sexual harassment lawsuit against parliamentary Speaker Peter Slipper, had shaken public confidence in parliament.“I believe a line has been crossed about respect for the parliament,” she told a media confidence, adding that Australians now saw “a dark cloud” over parliament.

Slipper denies allegations he sexually harassed a male staff member and misused taxi vouchers.Thomson has been under investigation for almost four years for misusing funds from his time as a union official. He denies the allegations.Veteran political commentator Malcom MacKerras said Gillard’s action was astute by saving the Labour Party from further embarrassment and help it see out its three-year term.“I think that she has handled it extremely well,” MacKerras, of the Australian Catholic University, told Reuters.But Gillard was still likely to lose the election, he added. – Arabnews