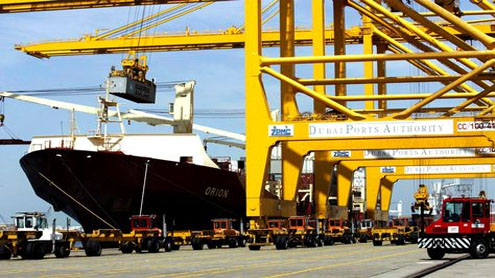 The Dubai Customs recently foiled a bid to smuggle 91 million pills of Tramadol, worth about Dh1 billion, at the Jebel Ali Port and Free Zone.

According to a senior official, a local company which imported the restricted analgesic from an Asian country through different navigation lines, was planning to sell the pills in the local market. “The pills worth nearly Dh1 billion were found in 1,695 carton boxes in six containers,” said Saeed Ahmed Al Tayer, senior director of the Jebel Ali Cargo Operations Department.

A sample of the drugs was sent to the Ministry of Health which reported that Tramadol is enlisted as a prohibited opiate and is not permitted to be used without a medical prescription. The ministry’s report also stated that the importing company, which later proved to be a trading institution, has violated many articles of Federal Law No. 4-19983 (The Pharmaceutical Professions and Institutions Contents), since it is not licensed to import pharmaceuticals.

The company had not obtained a prior permit (basic condition for clearing shipment) to import the medical drug. It had failed to obtain a licence for establishing a warehouse for storing medical drugs and the storage itself was not in compliance with the international and local specifications.

Al Tayer said Tramadol generates effects similar to those of cocaine and leads to addiction, which forces the addict to double the dose to reach the desired effect. This, in turn, leads to heart attacks and death. “An overdose can cause breathing difficulties, drowsiness, dizziness, skin rash, tingling, sleeping, coma, uncontrollable shaking of parts of body, nausea, hallucination, decreased size of the eye pupil, vomiting and chill.” – Kahleejnews