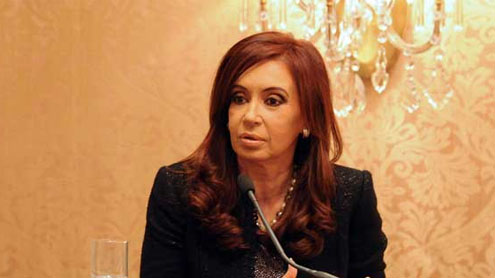 President Cristina Fernandez de Kirchner, who announced the move last month, will now sign the bill into law.She says taking back control of Argentina’s largest oil company is a vital national interest.But the move has strained relations with Spain and the European Union, and Spanish company Repsol has said it will seek full compensation for its stake.The lower house of Congress passed the bill by 207 votes to 32, a week after the Senate had approved the measure.

Supporters of Ms Fernandez control both chambers, and the bill’s passage was expected to be a formality.”This decision is going to require all Argentines, and especially those who have institutional responsibilities, whether in the government or opposition, to face the challenge of building a YPF that is modern, competitive, [and] aligned with the interests of the country,” Ms Fernandez said.

Some observers have warned that the nationalisation may have negative consequences for foreign investment in Argentina, but Ms Fernandez insists the move is necessary to reduce the state’s energy bill.In 2010 Argentina started importing fuel for the first time since YPF was privatised in the early 1990s.Ms Fernandez blames Repsol, accusing it of having drained YPF since acquiring a controlling stake in the 1990s and not investing enough to cope with growing internal demand. Repsol insists it has invested in Argentina. – BBC