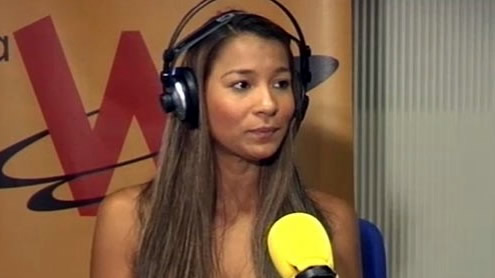 Woman who says she spent night with an agent speaks about scandal, saying the agents compromised president’s security.

A woman who says she was the prostitute who triggered the US secret service scandal in Colombia said that the agents involved were “idiots” for letting it happen, and declared that if she were a spy and sensitive information was available, she could have easily obtained it. The woman said she spent five hours in a Cartagena, Colombia, hotel room with an agent, and while she barely got cab fare out of him, she could have gotten information that would have compromised the security of US president Barack Obama if the agent had any. “Totally,” she replied when asked. “The man slept all night,” said the woman, who was identified by her lawyer as Dania Londono Suarez. “If I had wanted to, I could have gone through all his documents, his wallet, his suitcase.”

She said in the 90-minute interview with Colombia’s W Radio that no US investigator had been in touch with her, although reporters descended on her home a week after the incident when a taxi driver led them to it. “They could track me anywhere in the world that I go but they haven’t done so,” she said, speaking in Spanish. “If the secret service agents were idiots, imagine the investigators.” That alarmed a US congressman who is monitoring the case. Representative Peter King, chairman of the House homeland security committee, issued a statement on Friday expressing concern that investigators “have been unable to locate and interview two of the female foreign nationals involved,” including Londono. “I have asked the secret service for an explanation of how they have failed to find this woman when the news media seems to have no trouble doing so.”

Eight secret service agents have lost their jobs in the scandal, although there is no evidence any of the 10 women interviewed by US investigators for their roles in it have any connection to terrorist groups, King said earlier this week. In the interview, Londono called the secret service agents caught up in the scandal “fools for being from Obama’s security and letting all this happen”. “When I said, ‘I’m going to call the police so they pay me my money,’ and it didn’t bother them, didn’t they see the magnitude of the problem?” she said. Londono said the man never identified himself as a member of Obama’s advance security detail for an inter-governmental summit, and said she saw nothing in his room that would have indicated the man’s job other than a brown uniform. Londono said the man had agreed to pay her $800, but that she never would have made a public fuss about his failure to pay had she known he was part of Obama’s security detail and realised the repercussions it would have for her.

“My life is practically destroyed,” she said. “My name is in the gutter.”

Her photo has been splashed all over the internet since a newspaper took it off Facebook a week after the incident, when she said she fled Colombia fearing for her life. “I was afraid they might retaliate,” she said, saying she feared for herself and her family after looking up secret service on the internet and seeing that some agents were sharpshooters. The mother of a 9-year-old boy she said she had when she was 17, Londono said she would happily sell her story now and pose nude. She said she had contracted one of Colombia’s top lawyers, Abelardo De la Espriella. He confirmed her identity for the AP and said she called him for the first time earlier Friday, recommended by the radio host who interviewed Londono.

He said he didn’t see that there was any criminal infraction in the incident. Prostitution is legal in Colombia. “Let’s see how we can help her,” De la Espriella said of Londono. Londono appeared in the interview, part of which was also broadcast by Colombia’s Caracol TV, with just a little makeup, her fingernails painted white and wearing a tight green dress. While W Radio did not say where she was interviewed, she later gave an interview to the Spanish radio network Cadeba Ser, which said it was recorded in one of its studios. Londono giggled nervously and refused to answer prying questions from reporters from several international news media during the W Radio interview on topics such as the nature of her sex act with the secret service agent. She said that the desk clerk at the Hotel Caribe called at 6.30am to tell her it was time to leave, and the agent addressed her with an insult in telling her to get out.

Dania said it was nearly three hours after the man kicked her out of the room and she alerted a Colombian policeman stationed on the hallway before three colleagues of the agent, who had refused to open his door after giving her $30, scraped together $250 and paid her, she said. “‘The only thing they said was ‘Please, please. No police, no police,'” she said.
Later that day, 12 April, the agent and 11 other secret service colleagues who may have also had prostitutes in their rooms at the five-star hotel were sent home, under investigation for alleged misconduct. Londono’s story agrees with what investigators in Washington have disclosed. She said she met the man, one of ten or 11 agents in a Cartagena bar, and accompanied him back to the hotel, stopping on the way to buy condoms. She said the other agents at the bar were all drunk.

“They bought alcohol like they were buying water,” she said, though she never saw any evidence that any of them used illegal drugs. She said the man she was with was only moderately intoxicated. She said she did not know his name. Londono said that she went to Dubai after the scandal broke and spent time with someone she had previously met in Cartagena. She would not say whether that person had been a client. She said she was charging between $600 and $800 for sex while working in Cartagena and only accepted foreigners as clients, considering herself an “escort”. Asked why she became a prostitute, Londono said “it’s an easy life” that would allow her to study and provide for her son. – Guardian

President gives assent to bills of Modaraba Cos, NFC Institute