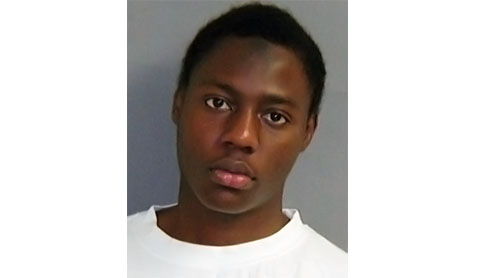 The CIA thwarted a suicide plot by al-Qaida’s affiliate in Yemen to bring down a U.S.-bound airliner near last week’s one-year anniversary of Osama bin Laden’s death with an upgraded “underwear bomb,” the Associated Press reported Monday.

The White House quickly released a statement insisting “the device did not pose a threat to the public.””We had no specific, credible information about active terrorist plots timed to coincide with the anniversary and reiterate that this device never represented a threat to the public,” a senior Obama aide told Yahoo News Monday on condition of anonymity.The AP, citing unnamed U.S. officials, said the CIA seized the explosive, an improved version of the weapon used in the failed Christmas 2009 plan to bring down a commercial airplane over Detroit.

The device did not contain metal, making it likely that it could have eluded detection by traditional airport security. But it was unclear whether controversial new full-body scanners would have located it. The FBI is examining the bomb to see whether it would have been detected and whether it was powerful enough to bring down an airplane, the AP reported. The agency said the CIA seized the bomb before the bomber, whose fate was unclear, had chosen a target or bought a plane ticket.

President Barack Obama first learned about the plot in April from his top counter-terrorism adviser at the White House, John Brennan, and was kept up-to-date as efforts to foil it unfolded, according to Deputy NSC Spokesperson Caitlin Hayden.”While the President was assured that the device did not pose a threat to the public, he directed the Department of Homeland Security and law enforcement and intelligence agencies to take whatever steps necessary to guard against this type of attack,” Hayden said in a statement.

“The disruption of this IED plot underscores the necessity of remaining vigilant against terrorism here and abroad. The President thanks all intelligence and counterterrorism professionals involved for their outstanding work and for serving with the extraordinary skill and commitment that their enormous responsibilities demand,” she said.The AP reported that the CIA acted even as the White House sought to reassure Americans as the one-year anniversary of the bin Laden raid loomed. “We have no credible information that terrorist organizations, including al Qaeda, are plotting attacks in the U.S. to coincide with the anniversary of bin Laden’s death,” Obama spokesman Jay Carney told reporters April 26.

The FBI labeled the bomb an “improvised explosive device” — a term often associated with roadside bombs used to attack American troops in Iraq or Afghanistan — and said it was “conducting technical and forensics analysis on it.””The device is very similar to IEDs that have been used previously by al-Qaida in the Arabian Peninsula in attempted terrorist attacks, including against aircraft and for targeted assassinations,” the FBI said in a statement, referring to the arm of the terrorist network in Yemen.

The Department of Homeland Security also weighed in, saying it had “no specific, credible information regarding an active terrorist plot against the U.S. at this time, although we continue to monitor efforts by al-Qa’ida and its affiliates to carry out terrorist attacks, both in the Homeland and abroad.” – Yahoonews