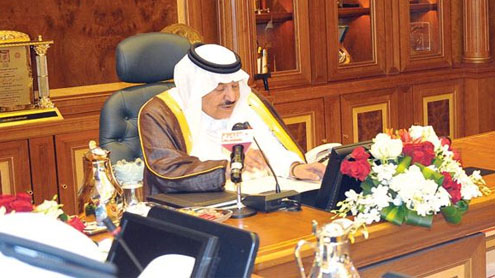 Crown Prince Naif, deputy premier and minister of interior, who chaired the meeting, emphasized the need to achieve qualitative improvement in Haj services.He urged all relevant government departments to make early preparations for the upcoming pilgrimage.“We have to welcome this year’s Haj with high preparedness, making use of the experiences from past Haj seasons,” the crown prince told the committee, which included Makkah Gov. Prince Khaled Al-Faisal and nine ministers.

“We have to bring about qualitative improvement in services and facilities being provided to the guests of God during the Haj season,” said Prince Naif, who is chairman of the committee.Prince Naif commended Custodian of the Two Holy Mosques King Abdullah’s generous support to enable pilgrims to perform their religious duties with ease and comfort and in a spiritual and peaceful atmosphere.

“The meeting discussed prospects of shifting offices of government departments that do not have any basic Haj duty from Mina to some other places in order to create more room for pilgrims,” said Saaed Al-Harithi, secretary general of the committee.The committee also discussed prospects of expanding Mashair Railway by constructing northern tracks in order to transport more pilgrims between the holy sites using the railway system, Al-Harithi said.