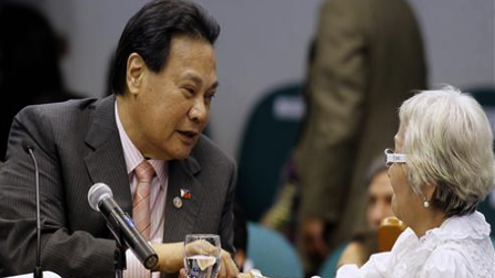 The Philippines’ top judge took the witness stand at his own impeachment trial on Tuesday to deny concealing 45 properties and millions in assets and denounce a case President Benigno Aquino sees as key to rooting out corruption.

Renato Corona, chief justice of the 15-member Supreme Court, was installed by Aquino’s predecessor, Gloria Macapagal Arroyo, who herself faces election fraud and corruption charges. Aquino says Corona did not fully declare his assets as required of all public officials. Corona denied allegations he owns 45 properties and holds $10 million-$15 million in 82 bank accounts. “Why is this administration so mad at me?” Corona said in a statement. “This case was filed without evidence. They broke all laws to fish evidence against me.”

A verdict from 23 sitting senators is due before the Senate adjourns its session on June 7. “If Corona is convicted, Aquino will probably accelerate the legal effort against Arroyo,” Richard Jacobson, of Pacific Strategies and Assessments, told Reuters. But he warned it may also open the Aquino administration to heightened public scrutiny, with allegations of corruption reuters. – Dailytimes