Bridging the divide: India offers to lay pipeline for oil export to Pakistan 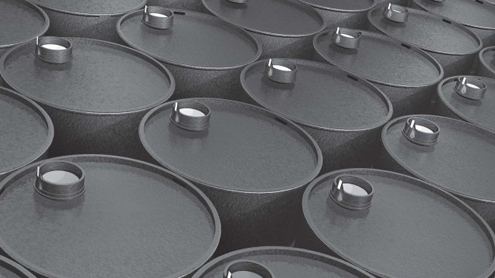 India offers to lay pipeline for oil export to Pakistan

ISLAMABAD: India has offered to build a pipeline from its territory to the Wagah border for export of oil to meet all needs of Pakistan if Delhi is assured purchases in large quantities over the long run, a move that will deprive energy-rich Gulf countries of a lucrative market.

Pakistan believes that it can get oil supplies from neighbouring India at 30% cheaper prices because of low transportation cost, say officials. A government official told The Express Tribune that Pakistan and India were likely to strike a deal with the signing of a memorandum of understanding on the concluding day of two-day talks on Tuesday relating to import of oil and liquefied natural gas (LNG) from Delhi. “India has told us that it has a surplus capacity of 50 million tons of oil,” he said. During the first day of technical-level talks between the two countries in Islamabad, the Pakistani team expressed the desire that it could import all petroleum products including high-speed diesel, furnace oil, petrol and jet fuel from India to meet domestic requirements.

In a unique proposal, Pakistan offered export of naphtha – a surplus product – to India, which Delhi would convert into petrol and then re-export it to Pakistan. “India also needs naphtha for its industries,” the official said. “The two sides will finalise the prices of petroleum products and transportation charges today (Tuesday),” a participant of the meeting said. Besides laying an oil pipeline to Wagah, “we can also ship oil through sea route to meet the demand of southern parts while tankers may also be used in this regard,” the official quoted the Indian side as saying. However, Pakistani officials looked not interested in oil supplies through tankers, believing it would prove expensive. However, import of oil through ships was considered cheaper, but the pipeline was described as the cheapest option. Pakistan consumes 6.9 million tons of diesel per year, of which domestic oil refineries produce 3.2 to 3.4 million tons and the rest is imported. Furnace oil demand stands at about nine million tons, of which domestic refineries produce about 2.5 million tons and the remaining is imported. The country is working on some new power plants, which will increase demand of furnace oil in coming years.

Pakistani and Indian officials would also discuss import of 200 million cubic feet of liquefied natural gas (LNG) per day from Delhi, which would be able to swiftly start deliveries. Pakistani authorities believe that import of LNG from Qatar and other countries like Malaysia would take three years, while India may start supply in six to eight months, the official said, adding the import plan would be finalised during the two-day talks. The Indian delegation was headed by P Kalyanasundaram, Director (International Cooperation and Corporate Affairs), Ministry of Petroleum and Natural Gas and comprised representatives of leading Indian companies. The Pakistani team was headed by Shabbir Ahmed, Joint Secretary (International and Joint Ventures), Ministry of Petroleum and Natural Resources, representatives of ministries of commerce, foreign affairs, finance and others. Earlier Petroleum Secretary Muhammad Ejaz Chaudhry said this dialogue would provide an opportunity for Indian businessmen to explore potential areas of trade with Pakistan. In a statement issued by the Ministry of Petroleum and Natural Resources, Petroleum Minister Dr Asim Hussain said there was potential for trade in petroleum products between India and Pakistan. “Pakistan is interested in importing furnace oil and diesel,” he said while talking to the visiting Indian delegation.-The express Tribune

The World’s End is social sci-fi

The World’s End is social sci-fi