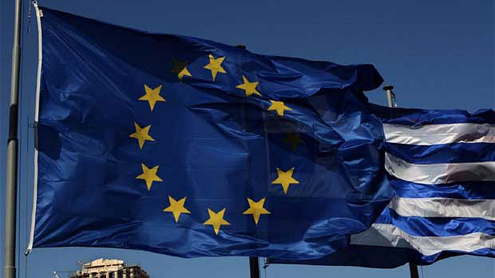 The fate of the euro was hanging in the balance after a rerun of the Greek elections failed to produce a strong government with a mandate to deliver the country’s austerity programme.

Although the New Democracy party won the largest share of the vote, it will have to rely on its discredited socialist rivals Pasok to form a coalition government to accept the bail-out, keeping Greece in the single currency. Both parties, which have ruled Greece for 38 years, are widely blamed for a crisis that has taken the country to the brink of economic collapse. Between them they won only about 40 per cent of the vote. By contrast, parties that opposed the bail-out increased their share of the vote to over 46 per cent, with Syriza, the radical Leftist coalition that wants to discard the agreement, almost winning outright.Last night, Syriza insisted it would not join any kind of national unity government and promised to provide strong opposition to any pro-bail-out coalition

Alexis Tsipras, the Syriza leader, said he would help the government if it took measures to alleviate the burden on the people. “But it must understand that austerity measures and the selling off of public wealth cannot be imposed,” he said. “Anti-austerity is the only viable solution.” Any New Democracy-led government will be under intense pressure to renegotiate the terms of Greece’s bail-out to stave off another political collapse and civil unrest. Financial markets are expected to react to the tight election results, with speculation mounting that Greece may yet be forced out of the single currency. A weakened government will struggle to implement the austerity measures demanded by its EU and IMF creditors. -Telegraph