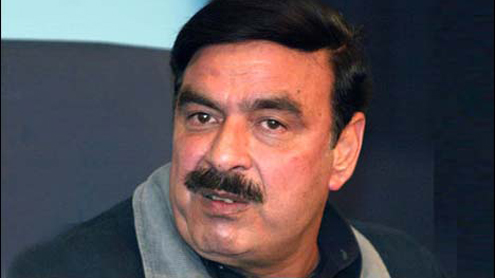 In reaction to Rashid’s illegal detention at the airport, Pakistan’s Ambassador to the United State Sherry Rehman registered a strong protest on Thursday. Sherry called the incident “a violation of diplomatic ethics”, adding that it is unethical to detain any political leader for investigation at the airport. The US immigration authorities released Sheikh Rashid after the protest by the Pakistani ambassador.

Sheikh Rashid told the media that the immigration staff took his two mobile phones into custody and copied all the data on the phones, including phone numbers. He said the staff had told him that the investigation was being carried out under directions from Washington. During the entire episode the staff dealt with him very politely, Sheikh Rashid added. He said that he had a multiple-entry US visa and that he would leave for Dubai after two days.-Pakistantoday