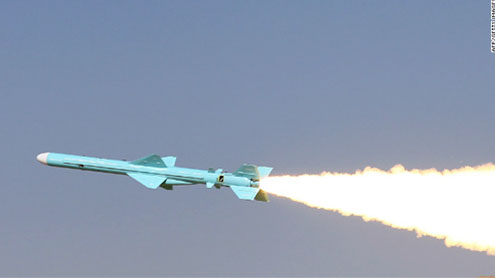 The three-day exercise, expected to begin Monday, will target desert bases made to look like airbases of “extra-regional powers,” the agency said.”During the war games, long-range, medium-range, and short-range missiles will be used and will be fired from different points across the country at 100 designated targets,” Brig. Gen. Amir Ali Hajizadeh told reporters, according to Mehr.The point of the exercises, he said, is to give experts the chance to assess the “precision and efficiency of warheads and missile systems,” the agency reported.

The announcement came the same day that an embargo of Iranian oil from the European Union takes effect. The full embargo and other sanctions are meant to pressure Iran into giving up its nuclear program. Some 80% of Iran’s foreign revenues are derived from oil exports,

Iran has repeatedly insisted that its nuclear program is for peaceful, civilian energy purposes only. But it has rebuffed demands to halt its production of enriched uranium, and a November 8 report by the United Nations’ nuclear watchdog found “credible” information that Tehran has carried out work toward nuclear weapons — including tests of possible bomb components. – CNN