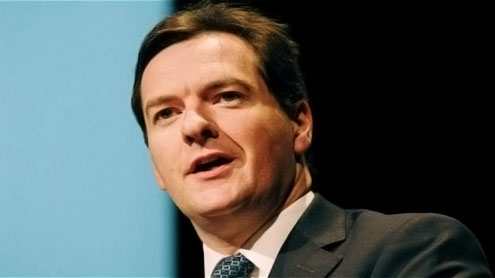 LONDON: Chancellor George Osborne has said people close to former prime minister Gordon Brown, rather than the Bank of England, were to blame for the rate-fixing scandal that is rattling the country’s financial industry.

Barclays received a record fine last week for publishing artificially low estimates of its borrowing costs, and a memo from outgoing Barclays chief executive Bob Diamond on Tuesday appeared to implicate Bank deputy governor Paul Tucker.However, in an interview with the Spectator magazine, Osborne said he trusted investigations by the British Financial Services Authority and the U.S. Department of Justice that concluded the Bank was not at fault.”They are not people who will pull their punches, and they’re very clear that the Bank did not issue instructions to Barclays to cut its Libor (interbank interest) rate,” Osborne was quoted as saying.

On Tuesday the Barclays memo had appeared to cast a shadow on Tucker’s prospects of succeeding Mervyn King next year as governor – an appointment in Osborne’s gift – but on Wednesday Diamond took the heat off Tucker.Asked by legislators if he understood a 2008 conversation with Tucker as implying ministers or officials wanted Barclays to lower Libor submissions, Diamond said: “I didn’t take it as a directive, I took it as either a heads up that you’re (submitting Libor rates) high or an annoyance that you’re high.”

Osborne, however, said he believed people close to Labour prime minister Brown did bear some blame for the Libor scandal.”They were clearly involved and we just haven’t heard the full facts, I don’t think, of who knew what when.”The Conservative-Liberal Democrat coalition government, which came to power in 2010, has ordered a parliamentary enquiry into the Libor rate-fixing scandal.

Labour argue that this will be too narrow and partisan, and want a longer judge-led enquiry, and deny Osborne’s accusation of complicity in the Libor scandal.”It’s now increasingly clear that (Osborne) isn’t interested in getting to the truth, only in playing party politics and throwing around false allegations with no evidence,” said Labour spokesman Chris Leslie. – Yahoonews