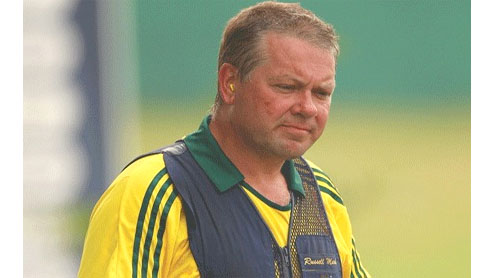 ommittee (AOC) chief John Coates announced the ban on Tuesday in the wake of former Olympic swimming champion Grant Hackett’s claim that he had become dependent on Stilnox, a brand of the medication zolpidem.Mark, who won gold in the double trap at the 1996 Olympics and will be taking part in his sixth Games in London, said he had used sleeping pills, which are not banned by the World Anti-Doping Agency (WADA), throughout his career.

Particularly given the long distance Australian athletes had to travel to London and the jet-lag that went with it, Mark said it would be unfair for Olympic team members like himself to suffer for Hackett’s dependence.”This will affect the amount of medals the team wins,” Mark told ABC radio on Wednesday.”If John Coates tells me I can only use sleeping pills for three nights in London, it will have an effect on my performance.

“If I don’t get a good night’s sleep it’s not worth me going, I need something to get me eight hours sleep.”Former Olympic swimmer Travis Nederpelt agreed that the decision being made so close to the Games could impact on the performance of athletes by disrupting their routines.Despite having experienced some of the side-effects of using Stilnox when he once started sleepwalking on a plane, Nederpelt said the drug had a distinct advantage over other sleeping pills for athletes.

“I think it’s a legitimate thing to use as far as relaxing goes,” Nederpelt told The Australian newspaper.”I’ve had really good nights’ sleep using Stilnox and come up feeling full of energy the next day. In my opinion, it was the only one that didn’t leave you feeling fuzzy.”Coates said athletes should use relaxation techniques and at a last resort temazepam, which has fewer side-effects, if they were struggling to sleep, adding that the ban would be policed with breaches punished by anything up to expulsion from the team.

The decision was criticized as an “overreaction” by influential sports columnist Patrick Smith.”If we accept the pressures on athletes are extreme then we also know then that anxiety on the eve of events might keep them from sleeping,” he wrote in the Australian.”To deprive those athletes their best chance of competing successfully seems unfair, even irrational.”They have, after all, devoted their lives for these rare opportunities to do their best for themselves and their country.” – Yahoonews