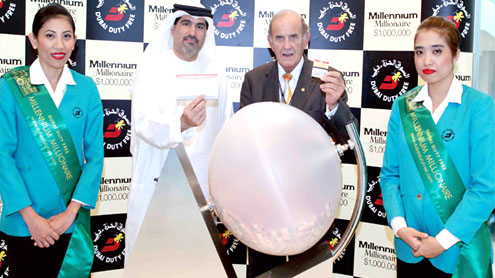 The lucky winner said: “I have participated in the Millennium Millionaire promotion for the last few years but nonetheless I was a little unsure when I received a call from Dubai Duty Free. I thought it was a joke but not until my details were read over the phone and then I realised that have just become a millionaire!” The Millennium Millionaire Promotion was first introduced in 1999 and in 13 years, 130 $1 million cheques have gone to the winners from all around the globe.