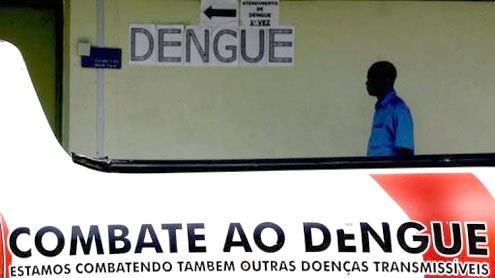 Brazil said it will breed huge numbers of genetically modified mosquitoes to help stop the spread of dengue fever, an illness that has already struck nearly 500,000 people this year nationwide.

Dengue affects between 50 and 100 million people in the tropics and subtropics each year, causing fever, muscle and joint ache as well as potentially fatal dengue hemorrhagic fever and dengue shock syndrome.The disease is caused by four strains of virus that are spread by the mosquito Aedes aegypti. There is no vaccine, which is why scientists are focusing so intensely on mosquito control.

The initiative in Brazil will produce large quantities of genetically modified male Aedes aegypti mosquitoes, which will be released into nature to mate with females, the health ministry said.”Their offspring will not reach adulthood, which should reduce the population,” it said in a statement.

The new mosquitoes will be produced in a factory inaugurated on Saturday in the northeastern Brazilian state of Bahia. Four million insects will be churned out per week.The experiment has already been attempted in two mosquito-infested towns in Bahia, each with about 3,000 inhabitants.”Using this technique, we reduced the mosquito population by 90 percent in six months,” the ministry said. – Yahoonews