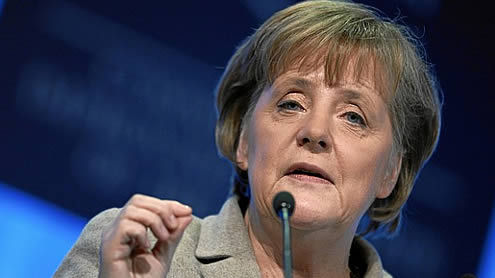 The German government says Jewish and Muslim communities should be able to continue the practice of circumcision, after a regional court ruled it amounted to bodily harm. Chancellor Angela Merkel’s spokesman said it was a case of protecting religious freedom.

Steffen Seibert said: “Circumcision carried out in a responsible manner must be possible without punishment.” European Jewish and Muslim groups had criticised the Cologne court ruling. The case involved a doctor who carried out a circumcision on a four-year-old that led to medical complications.

The court said that a child’s right to physical integrity trumped religious and parental rights. But Mr Seibert said: “For everyone in the government it is absolutely clear that we want to have Jewish and Muslim religious life in Germany.” He said the government would look urgently at establishing “legal certainty”. “It is clear this cannot be put on the back burner. Freedom to practise religion is a cherished legal principle,” Mr Seibert said. ‘Basic rights’ Germany’s Medical Association had told doctors not to perform circumcisions following the court ruling.

The doctor involved in the case was acquitted and the ruling was not binding. However, critics feared it could set a precedent for other German courts. European Jewish and Muslim groups had joined forces to defend circumcision. An unusual joint statement was signed by leaders of groups including the Rabbinical Centre of Europe, the European Jewish Parliament, the European Jewish Association, Germany’s Turkish-Islamic Union for Religious Affairs and the Islamic Centre Brussels. “We consider this to be an affront [to] our basic religious and human rights,” it said.

The BBC’s Stephen Evans in Berlin says opinion in Germany about the issue has been mixed, though one poll showed a majority in favour of the ban. He says that many readers’ comments on newspaper websites have indicated anger that this generation of Germans seems to be being constricted in its actions because of the Holocaust. Thousands of Muslim and Jewish boys are circumcised in Germany every year. – BBC