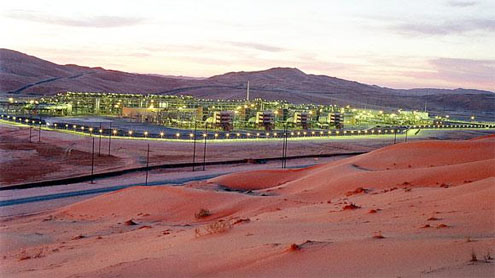 Saudi Arabia ranks third globally among the 10 countries with the most plentiful and valuable natural resources, according to a report recently filed by 24/7 Wall St.

Saudi Arabia’s total resource was valued at $ 34.4 trillion to become the third country after Russia and the US to have the most plentiful and valuable natural resources, the report read.Russia is the world’s richest country in terms of natural resources at a value estimated at $ 75.7 trillion, followed by the US at $ 45 trillion.Six of the 10 countries with the most valuable overall reserves in the 10 categories combined have among the top 10 oil reserves. For some countries, including Saudi Arabia, Iraq and Iran, oil represents more than 85 percent of the nation’s natural resource worth, according to the report.

Saudi Arabia has nearly 20 percent of the world’s oil — the greatest share among all countries. All of the country’s resource value is derived from hydrocarbons, either oil or gas. The Kingdom has the world’s fifth-largest amount of proven natural gas reserves. As these resources are depleting, Saudi Arabia eventually will run out of them and lose its high standing on this list. However, this will not happen for several decades. – Arabnews