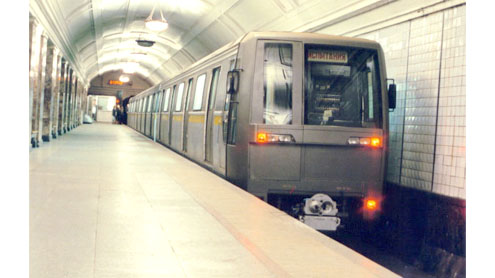 Metrorail officials were struggling Sunday to figure out why a software program for tracking trains failed over the weekend, forcing two shutdowns of all five lines on the nation’s second-busiest subway system.

“We are still investigating,” Metro spokeswoman Caroline Lukas said. “We don’t know what the cause was yet.” Hundreds of passengers were stranded in the two incidents and dozens of trains were forced to idle for up to 30 minutes on Saturday afternoon and again early Sunday until the system was restored.Trains resumed normal operations Sunday and officials said they did not anticipate any problems for the Monday morning commute but plan to have extra personnel available to deal with any glitches.The problems are the latest in a string of mishaps in recent weeks, including a stranded train near College Park and a derailment near West Hyattsville.

This weekend’s service disruptions occurred when a computer software program that provides controllers a map of train locations went dark twice, Metro spokesman Dan Stessel said. As a precaution, train operators were told to move their trains to the nearest stations, where they remained until controllers could restart the system.The first blackout occurred about 2 p.m. Saturday when Metrorail’s equipment in its operations center in Landover reported that the system for monitoring trains was not working. The second shutdown occurred at about 12:30 a.m. Sunday and lasted until about 1 a.m.

Stessel said that some trains were able to move before the software was fully restored. In such a situation, train operators can communicate by radio and can rely on track signals that are similar to traffic lights, Stessel said.No similar problem appears to have been publicly reported in Metrorail’s 36 years of operation, but officials could not say whether this type of failure had occurred previously. Peter Benjamin, a former Metro board member, said he could not recall a similar failure but said that Metrorail officials would have to provide more information about the cause before anyone could give an accurate answer.

James Benton, chairman of the Tri-State Oversight Committee, which monitors the rail system, said Metro officials contacted the committee on Saturday and are expected to submit a preliminary report this week.The problems over the weekend differ from those at the root of the 2009 Red Line crash, which killed nine people, including a train operator. In that incident, the circuit system that feeds information to central controllers about train locations did not provide accurate information. As a result, a Red Line train was allowed to move forward because the system did not detect that there was a stopped train ahead on the tracks.