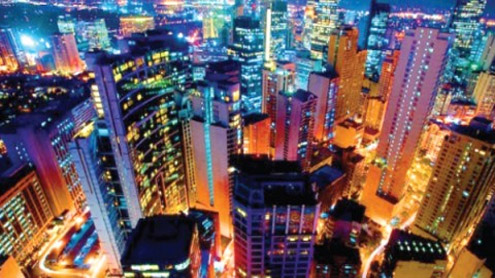 SINGAPORE – As Europe’s debt crisis drags on and the U.S. economy slows, weighing on Asia’s exports, economists are cutting their growth forecasts for most of the economies in the region.

But they remain cautiously optimistic that Asia would start to recover by the end of this year, even if some are skeptical about the pace at which it would do so. “It is going to be a long hard slog back up,” said Vishnu Varathan, economist at Mizuho Corporate Bank in Singapore, who feels that this time around Asia isn’t going to see the V-shaped rebound it experienced after the 2008/09 global crisis. When compared to previous Reuters quarterly surveys, analysts seem more pessimistic about Asia’s ability to shield itself from the headwinds from the Europe and the United States.

“The euro zone is not doing very well and one of the key things that have changed was that in Q1 there was quite a bit of optimism about the U.S. economy. That has turned around quite abruptly this time around,” said Varathan.
Though the U.S. is largely expected to avoid another recession, the meager average growth on around 2 percent economists have been forecasting for 2012 will not be enough to bring the unemployment rate below 8 percent until next year. With external weakness likely to persist, policymakers in much of Asia are looking to ramp up domestic demand with fresh fiscal or monetary stimulus.

While growth in China’s economy is expected to weaken to 8.0 percent this year, a level many consider the borderline between a potentially severe slowdown and a mild one, the growth outlook for India was slashed to 6.3 percent this fiscal year, which would be the slowest pace in a decade.  China’s economy will likely recover modestly as Beijing intensifies its policy fine-tuning to boost growth. Analysts predict it probably bottomed out last quarter, when growth cooled to 7.6 percent from a year earlier, the slowest pace in more than three years. But the story looks much worse for India. Even as growth falters, the rupee has been hitting all-time lows against the dollar, the government is struggling with bloated fiscal and current account deficits and inflation has remained stubbornly high, giving policymakers less room to maneuver.

Singapore, Taiwan and South Korea, all heavily exposed to trade with the West, will take a hit this year as the situation worsens in Europe. Singapore’s trade-dependent economy showed a surprise contraction of 1.1 percent in the second quarter after a strong January-March in another sign that weakness in Western countries has begun to affect Asia. The International Monetary Fund on Monday trimmed its forecast for economic growth in emerging countries and warned that the outlook could dim further if policymakers in Europe do not act with enough force. -Pakistantoday