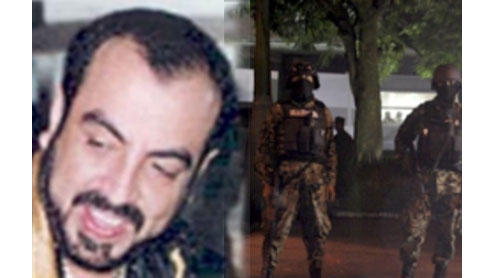 Mexicohas brought formal charges against three generals for alleged ties to drug cartels, in what is seen as the biggest armed-forces corruption case during President Felipe Calderon’s administration.

Retired Generals Tomas Angeles and Ricardo Escorcia, active General Roberto Dawe and serving Lieutenant Colonel Silvio Isidro de Jesus Hernandez were detained two months ago as part of an investigation into their alleged links to the once-powerful Beltran Leyva drug cartel.They are the highest-ranking Mexican army officials arrested in at least 15 years, and allegedly provided protection for the Beltran-Leyva drug cartel. They were detained in May and have been held under a form of house arrest.

Mexican law allows for preventive detention in some cases to stop suspects from fleeing, to guarantee they will attend a trial and to protect victims and witnesses.The four men were being held in custody but will move to a federal prison following a judge’s decision to arrest them.The arrests are a scandal for the Mexican army, which has been at the heart of the government’s war against drugs.

Drug kingpin Arturo Beltran Leyva was killed in a shootout at an apartment complex in Cuernavaca in 2009. Mexico’s marines were reportedly called in to look for the capo after its army appeared to be slow to act on US intelligence indicating the drug lord’s location, according to a leaked US diplomatic cable from late 2009.More than 55,000 people have been killed in drug-related violence since Calderon launched an army-led offensive against the cartels shortly after taking office in December 2006. – Guardian