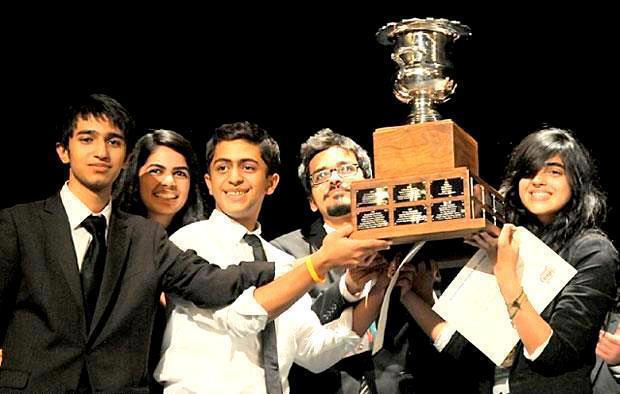 ISLAMABAD: Three Pakistani students from Karachi and Lahore have won an international debating competition in Mexico.

The 15-year-old students won the final of one of the largest tournaments of its kind, the Karl Popper Debating Championship (KPDC). Team Pakistan beat students from South Korea and all three participants were listed amongst the top 10 speakers of the tournament. The team included Zainab Hameed from Karachi Grammar School who was named the top speaker, while Azeem Liaquat from Salamat International Campus for Advanced Studies in Lahore was placed second.

Pakistan’s third contestant Ahmed Shujaan from Aitchison College, Lahore came fifth. Over 200 debaters from 45 countries participated in the tournament. Pakistan’s team was defending the topic “Guantanamo Bay prison should be closed down immediately” in the KPDC finals, while the Korean team was arguing against the idea. The teams participated in two competitions, the KPDC and the mixed team track. In the former, they represented Pakistan as a team, while they were split up and paired with debaters from other countries in the mixed team track. – PT