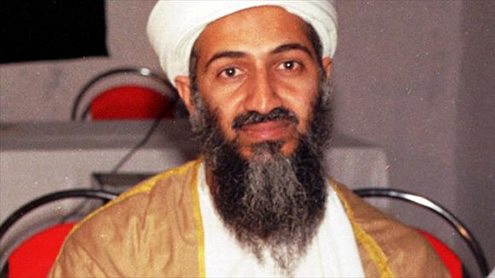 WASHINGTON – An American journalist Richard Miniter in his latest book has claimed that a colonel from Pakistan’s spy agency had helped the US in providing vital information in locating former Al Qaeda chief, Osama Bin Laden, and that Pakistan’s army chief may have been briefed on the Abbottabad raid five months in advance.

The book, “Leading from Behind: The Reluctant President and the Advisors Who Decide for Him” claimed that Pakistan had a greater role in the Abbottabad raid than what the American CIA had earlier stated. The book alleged that the Inter-Services Intelligence (ISI) officer had walked into the CIA’s Islamabad station in August 2010 and provided vital help in tracing Osama. “In a never-before-reported account, Pakistan was more involved in the bin Laden operation than Obama’s team admitted. When the CIA revealed that an ISI colonel had contacted the CIA in Islamabad and offered information about bin Laden, a debate followed,” said the book.

“Was this a secret sign that the head of the ISI himself was pointing out bin Laden’s hiding place or was the colonel actually the patriot who hated extremism that he claimed to be? Whatever the motivation, the CIA found bin Laden’s hiding place within a month of the colonel’s visit,” the book claims. According to the book, as the CIA found the Abbottabad compound where Osama bin Laden lived along with his family members and started researching on the property, they found out that the land was “carved out” from the Pakistan military academy compound.

“The records held another surprise. The land for the bin Laden lair seemed to have been carved out of property owned by the Kakul Military Academy, Pakistan’s answer to Sandhurst and West Point,” Miniter claimed. “The bin Laden compound was akin to an isosceles triangle, carved out of the property of the Kakul Military Academy, Pakistan’s West Point. The campus’s main building sat some eight hundred yards from bin Laden’s castle.” “The triangular compound was bordered with concrete walls ranging in height from ten to eighteen feet. The main building, a three-story tower, housed the arch terrorist, his wives, and their children,” he wrote. Bin Laden was killed by US Navy Seals inside his compound in Abbottabad, Pakistan in May 2011.

The former reporter with “The Wall Street Journal” and “The Washington Post” wrote in his book that Pakistan army chief General Ashfaq Pervez Kayani may have been briefed by the US on its operation to kill Osama bin Laden in December 2010, some five months in advance and that along with getting a tacit consent, a cover story had been developed with the Pakistani military. “There was talk about devising a cover story that would allow Pakistan to be helpful while keeping its leaders from political harm.” “The story, according to an official with secondhand knowledge of the White House discussion, was that bin Laden was killed in a drone strike and that the US later sent in a team to recover the body.

That was believed to be less politically harmful than a commando team treading on Pakistan’s soil,” Miniter says. “According to this official, Pakistan’s Army chief of staff was alerted in December 2010, five months before the operation. No concrete facts about the operation were passed on, but an informal approval was sought,” he writes. The book also claimed that on March 14, 2011 during a situation room meeting that the US President, Barack Obama, decided that Pakistan “should be kept in dark” while America made its plans.-Pakistantoday