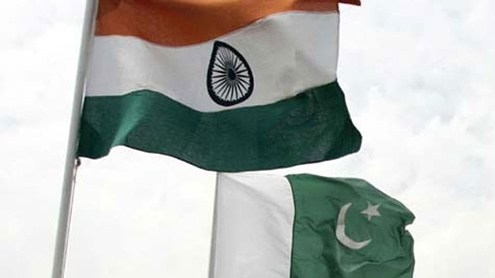 LAHORE: A delegation of Pakistani parliamentarians and traders left for India through the Wagah border here on Wednesday on a four-day visit for a dialogue with their counterparts on issues including bilateral trade and visa policy.

The delegation, apart from attending a series of meetings with their Indian counterparts, is also scheduled to participate in the 4th round of the India-Pakistan Parliamentarians dialogue. The Pakistani side is being led by the Pakistan Peoples’ Party (PPP) Secretary General and Leader of the House in the Senate Jahangir Badar. Speaking to media representatives at Wagah before crossing the border, the delegation expressed hope that progress would be achieved with regards to relaxation of visa policy.

Jahangir Badar said that efforts are being made for the growth and promotion of trade and economic activities and the establishment of peace between the two countries. Badar added that the delegation was being represented by members from all provinces and political parties in Parliament. Also speaking at the same occasion, Awami National Party (ANP) leader Haji Adeel said that apart from trade, the two countries should also focus their cooperation efforts on education and health.