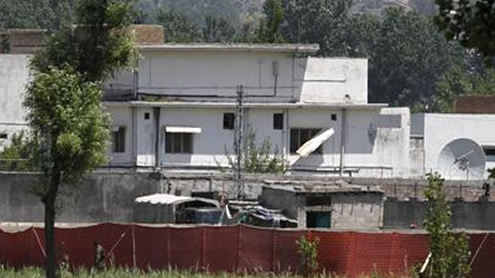 A Navy SEAL involved in the raid that killed Osama bin Ladenhas written a detailed account of the May 2011 mission, which is still classified, the book’s publisher says.

The book, No Easy Day: The Firsthand Account of the Mission That Killed Osama bin Laden, will be released Sept. 11, according to a statement released today by Dutton, a Penguin imprint. The author — who uses the pseudonym Mark Owen — “was one of the first men through the door on the third floor of the terrorist leader’s hideout and was present at his death,”media said, according to media.

The news release quotes Owen as saying the book, subtitled “The Autobiography of a Navy SEAL,” would “set the record straight about one of the most important missions in U.S. military history.” Bin Laden was shot dead early May 2, 2011, during the U.S. raid on his compound in Abbottabad, Pakistan. During the promotional tour, the author, a former member of SEAL Team 6 who grew up in Alaska, will appear in disguise during television interviews, media says. He has since retired from the Navy. His co-author, Kevin Maurer, was embedded with special forces in Afghanistan six times.

The Times writes that Penguin officials “would not say to what extent the book was vetted by government agencies.” But CIA and Pentagon spokesmen told the Post that it appears neither the author nor Penguin had cleared the book’s contents. The White House said it was also unaware of the book. In its account, the Times says the book has “the potential to affect the presidential campaign in the final weeks before the election.” The author has pledged to donate “the majority of the proceeds” to charities supporting families of slain SEALs, the Post writes.-USAtoday