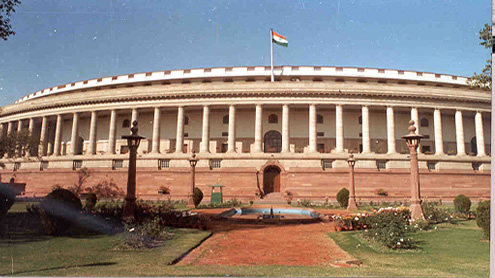 NEW DELHI: The government-opposition showdown over corruption escalated sharply on Wednesday with BJP MPs storming out of a meeting of the Joint Parliamentary Committee probing the 2G scam, leading the UPA brass to plan for the possibility of BJP members resigning en masse from Parliament to force early polls.

The UPA coordination committee on Wednesday, which discussed the stalemate in Parliament, felt that the BJP may crank up the pressure by pulling out its members from all parliamentary committees and, eventually, getting its members of Lok Sabha quit en bloc to deepen instability. The attendees, who included Congress chief Sonia Gandhi and Prime Minister Manmohan Singh, took note of the fact that with at least 20 months of the Lok Sabha’s tenure still left, by-elections will have to be held to fill up the 114 vacancies in case BJP decides to leave the current Lok Sabha. They felt the ruling coalition should contest what will be the mini-election of sorts with a view to snatching seats from the BJP.

“They will not be able to make an argument even if they win all the seats because even a 100% strike rate would only see them retaining what they had won five years ago. However, if we manage to wrest seats from them, we will have made a strong political point in the build-up to the 2014 Lok Sabha elections,” a source summed up the view at the meeting.  The participants included senior coalition leaders like Union agriculture minister and NCP boss Sharad Pawar, West Bengal CM Mamata Banerjee and finance minister P Chidambaram.

The date of the coordination committee meeting was scheduled for the beginning at the month but the discussions coincided with a spike in tensions between Congress and BJP over the issue of corruption. BJP members of the JPC on spectrum scam walked out of the meeting of the panel to protest against what they called intimidating behaviour of Congress members and the refusal of JPC chairman, Congress’s P C Chacko, to spell out whether he would call the PM and the finance minister to depose before the panel.

Although BJP has been feeling frustrated with what it calls Congress’s reluctance, the idea of taking the unprecedented step of wholesale resignations from Lok Sabha has been confined to a few hotheads. Yet, the increasingly bellicose equations between the two sides have enhanced the premium on aggression.  In Parliament, BJP on Wednesday shrugged off signs of a split within the opposition ranks over continuing the agitation for the PM’s resignation over Coalgate to disrupt proceedings in both Houses for the second straight day to press its demand. The hostilities in JPC on spectrum scam reduced the possibility of an early resolution.

In fact, the UPA coordination committee did not see Parliament functioning at least for this week and felt that platforms outside Parliament should be utilized to put across the coalition’s defence on Coalgate. The recently set-up coordination panel was supposed to focus on policy matters. But with Banerjee asking for a deferment of deliberations on allowing FDI in retail and aviation on the ground that she was not informed in advance, deliberations remained preoccupied with the skirmish in Parliament once it had discussed the issues raised by the DMK.
-indiatimes