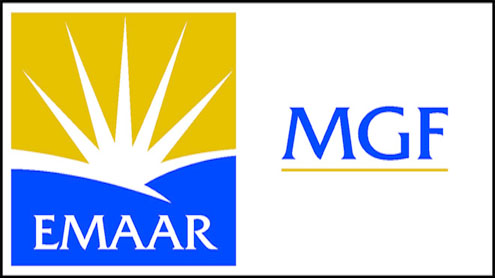 Emaar Properties on Sunday announced to build a new hotel in Downtown area and that will be the second tallest property in the high-end area, according to chief executive officer for retail Arif Amiri.

Amiri did not disclose value of the project and even declined to give the sale price. “We will announce the price at public launch on September 22,” he told reporters at a news conference.Work on the project, which features studios, and 1, 2, 3 and 4-bedroom serviced residences, will commence shortly and is scheduled for completion in early to mid-2015.

“The hotel we are launching today represents an opportunity to capture the interest we are seeing from Dubai, GCC, Middle East, Subcontinent, China and Europe,” Amiri said. The Address The BLVD, a five star premium hotel and serviced residences, is the sixth addition to The Address Hotels + Resorts portfolio of Emaar Hospitality Group in Dubai. Featuring 200 hotel rooms and 542 serviced residences, and billed to be another sterling addition to Dubai’s skyline, the 63-storey hotel is 340 metres high.

“The sale of serviced residences in The Address The BLVD builds on the success of Emaar’s project launches earlier this year. With the new project, investors have the opportunity to become part of Downtown Dubai, one of the city’s most sought-after lifestyle destinations, described as ‘The Centre of Now.’ In addition to the option of staying or renting out, they can also benefit from Emaar’s rental programme,” Amiri said.

Responding to a question about the financing of the project, he said the construction of the hotel will be financed mainly through pre-sales of serviced apartments.He said: “I truly believe that the real estate market in Dubai is on the path of robust growth. Our sales in the first half of this year were five times more than the same period last year.”In last July, the company declared that its second-quarter profit had more than doubled. Revenue from apartment sales for the six months ending June 30 was almost a billion dirhams compared to Dh640.5 million for the same period last year.

In the same month, Emaar Properties chairman Mohammad Al Abbar said, “We are planning on bigger growth in our home market through projects such as the Dubai Modern Art Museum & Opera House District, and the expansion of the Dubai Mall, in addition to new project launches.”“The real estate market in Dubai is turning around, led by the robust performance of key growth sectors, including aviation, retail, hospitality, tourism, and foreign trade. The city’s appeal to high net-worth individuals as the ideal destination for a home is also gaining strength,” Al Abbar added.

Amiri mentioned that the hotel marks Emaar’s third project this year after it launched the ‘Panorama at the Views’ high-rise development, consisting of over 200 luxury apartments, and Alma 2 in the Arabian Ranches residential complex.The Address The BLVD serviced residences offer unprecedented views of The Dubai Fountain, the world’s tallest performing fountain, and Burj Khalifa. It will also provide direct access to The Dubai Mall through a new air-conditioned bridge link in addition to easy access to The Dubai Mall/Burj Khalifa metro station.