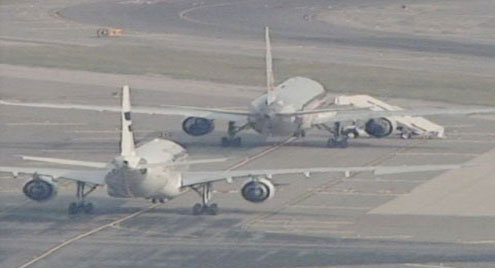 Authorities say two commercial passenger jets have been searched at John F. Kennedy International Airport because of an anonymous phone call claiming explosives were on them. They say no explosives have been found.

The Port Authority says there was minimal impact on other flights going in and out of JFK.
Earlier this month, Philadelphia police aborted a Dallas-bound flight after someone called to report explosives. They blame the call on a man angry at his girlfriend s ex-boyfriend. – Dunyanews