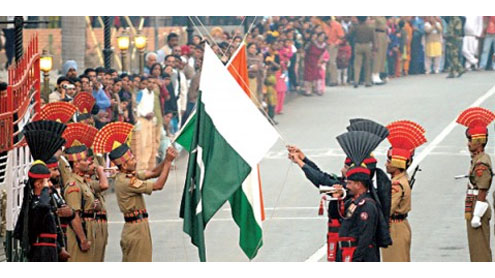 ISLAMABAD: Commerce secretaries of Pakistan and India will begin talks today in bid to sign three trade agreements with pledges to adhere to all the accords in letter and spirit and build bridges of understanding to lead the two countries towards prosperity and stability.

According to the officials of Commerce ministry the 7th Round of Pakistan – India Commerce Secretary Level Talks on Economic and Commercial Cooperation will be held on Thursday and Friday here in Islamabad and for this purpose a 19 member delegation headed by Indian Secretary Commerce S R Rao will hold talks with his Pakistani counterpart Munir A Qureshi. Both sides will discuss various issues including development on negative list between the two countries and bilateral trade.
T
he officials said during the meeting Pakistan and India will sign three agreements including, Agreement of Cooperation and Mutual Assistance in Customs matters, Bilateral Cooperation Agreement between the Pakistan Standards and Quality Control Authority, Ministry of Science and Technology and the Bureau of Indian Standards, Ministry of Consumer Affairs, Food and Public Distribution and both countries will also sign agreement on Redressal of Trade Grievances.

It was a review meeting and development in broad areas of cooperation, including power and petroleum products will be part of discussion. Opening of bank branches will also be reviewed. The issues of phasing out of Negative List, opening of Wagah land route and preferential arrangements under SAFTA will also be discussed.