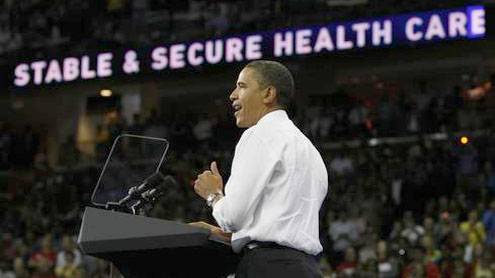 The Congressional Budget Office estimated today that nearly 6 million people will have to pay a penalty for not obtaining health insurance once President Obama’s health care law is full in place.

That’s a 2 million increase over a previous estimate.The average penalty is estimated at nearly $1,200.The requirement that nearly all Americans buy some form of health insurance goes into effect starting in 2014.The Supreme Court upheld the so-called individual mandate in June.When fully implemented in 2016, the penalty is expected to raise $6.9 billion, the CBO estimated.

“After accounting for those who will not be subject to the penalty tax, CBO and JCT (Joint Committee on Taxation) now estimate that about 6 million people will pay a penalty because they are uninsured in 2016 (a figure that includes uninsured dependents who have the penalty paid on their behalf) and that total collections will be about $7 billion in 2016 and average about $8 billion per year over the 2017â??2022 period.

Those estimates differ from projections that CBO and JCT made in April 2010: About two million more uninsured people are now projected to pay the penalty each year, and collections are now expected to be about $3 billion more per year.” – UStoday