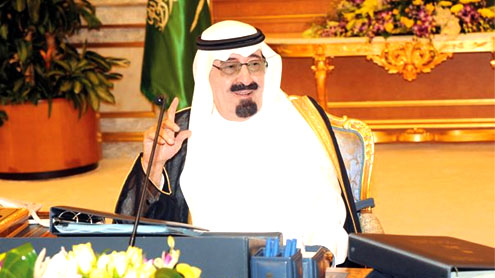 Saudi Arabia’s King Abdullah arrived in the holy Saudi city of Medina on Monday to “lay the foundation stone for the expansion of the Prophet’s mosque,” one of Islam’s three oldest mosques in the world.

The 88-year-old monarch had ordered a major expansion of the Prophet’s Mosque earlier this year.The first phase of the project plans to accommodate more than 800,000 worshippers, according to an official Saudi statement in June, adding that the second and third phases will accommodate a further 800,000 worshippers.

Islamic tourism continues to grow rapidly in the kingdom, with tourism accounting for about 3.1 percent of the kingdom’s gross domestic product and for about 7.2 percent in the kingdom’s non-oil sector last year, according to a report by the Saudi Commission.