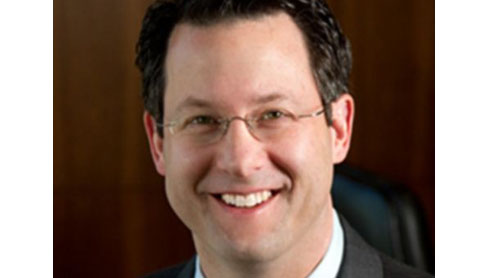 A Seattle lawyer was arrested after he returned to a massage parlor, where he is alledged to have sexually assaulted an employee at knifepoint on a prior visit.

Danford Grant, 47, was a repeat customer at the Carnation Massage Clinic in the Crown Hill neighborhood.When Grant visited the parlor at 9.30pm on Monday night, employees called police and attempted to detain him.Grant escaped on foot, but officers caught up with him a short time later and arrested him.

After that victim positively identified Grant, he was sent to King County Jail.Carla Iafrate of the Bellevue Police Department told Komo News that Grant is also a suspect in a rape that took place Aug. 28 at a massage parlor in the city.In that case, the victim said a man came in and raped her at knife point.Grant is being investigated on two counts of rape, but has not yet been charged.

He is a litigation partner at the Seattle law firm Bailey Grant Onsager and has worked at the Seattle City Attorney’s Office.A graduate of the University of Washington School of Law, Grant has handled appeals at the Washington Supreme Court and the U.S. Court of Appeals for the Ninth Circuit, according to his website. – Dailymail