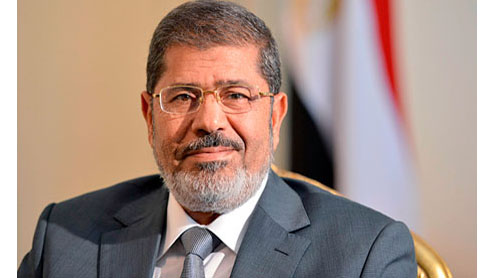 The son of Egyptian President Mohammed Mursi has described an activist on Facebook as a “mule” causing rising public outrage and prompting calls for legal action against him.

During a discussion on Facebook, Egyptian activist Ahmed Fouad wrote to Omar Mohammad Mursi said, “By the way, your father will have a bad end, should you remain accusing people of infidelity in this way.”The president’s son, Omar, responded by saying, “His name is Mr. President, you mule.”His response was met with outrage by groups critical of his father’s policies. Egyptian ON TV presenter Youssef al-Husseini criticized Omar during a talk show and demanded legal action against him.

“It never happened in any respectful country in the world: the son of the president insults a citizen by calling him a ‘mule’,” Husseini said.“I just call on the respectful citizen to take a snapshot of the conversation and file a lawsuit against the son of Mr. President,” Husseini said.Husseini asked President Mursi to punish his son. “If the son is not punished, the law will punish him,” he said.

Fatima Naoot, Egyptian poet and architect, also called on President Mursi to “round your sons” and “discipline Omar your son…who could not believe the situation they found themselves in.”The state of mania and disbelief that his father became president made him say to an Egyptian citizen yesterday: You mule. And today he insulted a girl named Shaima by telling her: you foolish and dirty,” the Egyptian poet write in her twitter account.“He even threatened to imprison her because she disrespectful to the president,” Naoot added. – Alarabyia