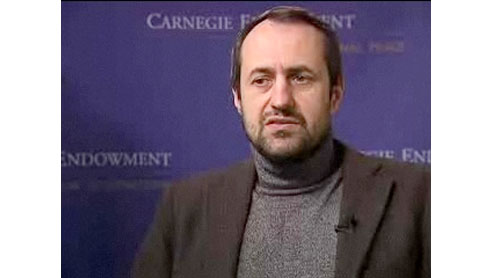 KABUL: The Afghan government will collapse and Taliban insurgents are likely to retake power after the US and Nato pull their troops out in 2014, a respected international scholar has predicted.

The withdrawal of international forces will in some respects leave the country worse off than it was before a US-led invasion toppled the Taliban nearly 11 years ago, Afghan expert Gilles Dorronsoro of the Carnegie Endowment for International Peace said. “In the end the withdrawal is the result of a failed strategy,” he wrote in an analysis published this week.Even US President Barack Obama’s troop surge, which pumped an extra 33,000 soldiers into Afghanistan two years ago – before they were withdrawn this month – had failed, he said.

“After 2014, the level of US support for the Afghan regime will be limited and, after a new phase in the civil war, a Taliban victory will likely follow,” Dorronsoro said. His analysis contrasts strongly with forecasts by Western governments who are keen to get out of the long and costly war, and predict that Afghan forces will be able to take over the fight against the Taliban.The US led the 2001 invasion to topple the Taliban for harbouring Al Qaeda leader Osama Bin Laden after the 9/11 attacks, and has since said its aim was to ensure Afghanistan never again becomes a haven for international terrorists.

Dorronsoro, a former professor of political science at Sorbonne University in Paris and an Afghan specialist, foresees a Taliban advance beginning in the spring of 2013 as the West continues to draw down its troops. In addition to the military threat, the Afghan government will confront an economic crisis sparked by the drop in Western spending and an institutional crisis as President Hamid Karzai’s term ends in 2014, he says. “The Afghan regime will most probably collapse in a few years,” Dorronsoro wrote.

“Though negotiations with the Taliban are unlikely before the troops’ withdrawal, the United States will not be able to pursue its longer-term interests in and around Afghanistan if it is not willing to deal with the Taliban.“Poised to take power after the Afghan regime’s likely collapse, only the Taliban can potentially control the Afghan border and expel transnational jihadists from Afghanistan.”In conclusion Dorronsoro said: “The desirable endgame should be a stabilisation of Afghanistan, probably with the Taliban in Kabul.”The bulk of NATO’s 112,000 troops are due to leave by the end of 2014 and Afghan security forces, trained and equipped by foreign forces, will take charge of the country’s security. – Nation