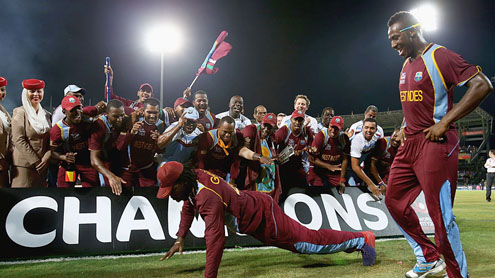 Offspinner Sunil Narine grabbed 3-9 and captain Darren Sammy picked up 2-6 with Sri Lanka losing its way through the innings to the despair of 35,000 home fans at R Premadasa Stadium.Ajantha Mendis took 4-12 but finished on the wrong side as West Indies won its first major title since clinching the Champions Trophy in 2004. – Dunyanews