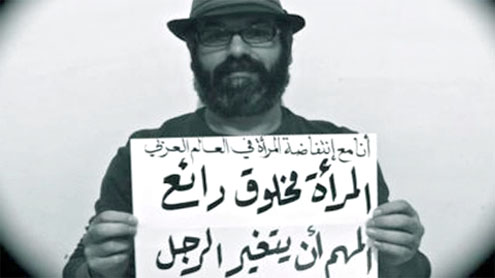 The Uprising of Women in the Arab World

While revolutions swept through some Arab countries and toppled dictators in all of Tunisia and Egypt, women were still mistreated by both the revolutionists who promised fundamental change as well as regime supporters.Four females hailing from different Arab states used Facebook to start the “Uprising of Women in the Arab World” movement on October 1, 2011 to lift oppression and break silence and fear endured by Arab women.

The movement which started in Lebanon soon spread to other neighboring Arab countries such as Syria, Morocco, Egypt with Palestine having the highest number of women recruits.“We were frustrated to see women protesters were being physically abused or harassed by both the followers of the regime and the revolutionaries,” said Yalda Younes, another founder of the movement. “Not only women’s rights were still not a priority on the list of the revolutionaries, but they were even regressing.”

Since the mark of its first anniversary, the group launched their first campaign urging women from all around the world to upload their photos holding different messages in Arabic to show their support and solidarity to Arab women.“We decided to launch a campaign that would put faces to our demands,” Younes said.

The movement, which was started by four women, who came together from different parts of the Arab world: Haidar and Younes from Lebanon, Sally Zohney from Egypt, and Farah Barqawi from Palestine, was able to recruit people from different backgrounds, age, gender and religions.“This shows that in many Arab countries we suffer from the same problems and those problems are rooted in a similar culture independent from political regimes,” she added.

Haidar also pointed to the cultural and social similarity shared among Arabs.
“There is a dictator in every household, whether it’s a father, brother, husband or even a son,” she said, adding “women are still looked down at.” – Alarabiya