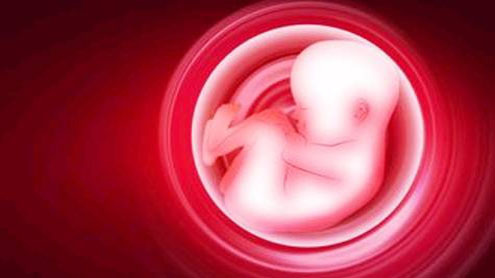 NEW DELHI: The city’s top consumer court has asked a doctor to pay Rs500,000 compensation to a woman whose abortion he botched up not once but twice in 1997, leading to severe medical complications and her uterus being removed.

Kusum Pahwa, a resident of west Delhi, alleged that she not only suffered mental agony due to the medical negligence in the MTP (medical termination of pregnancy) operation and the follow-up procedure in 1997, causing complications and forcing the removal of her uterus — putting an end to her hopes of becoming a mother.Responding to her complaint, the Delhi State Consumer Disputes and Redressal Commission in a recent ruling held Dr. R.R. Rana, who carried out the procedures, guilty of medical negligence.

“The complainant suffered prolonged illness agony and pain and she must therefore adequately be compensated for the same,” said commission president Barkat Ali Zaidi.  “The opposite party (OP) No.1 (Rana) will therefore pay to the complainant a sum of Rs500,000 in all towards compensation, including her treatment expenditure, besides Rs10,000 as costs of litigation,” Zaidi said in his ruling.Rana in his defence denied any negligence or deficiency on his part and said the complaint was false, frivolous and exaggerated and deserved to be dismissed. But the commission rejected the plea.

The doctor now has time till Decembre 19 to pay Pahwa Rs510,000. As a legal remedy, he can appeal against the verdict in the National Consumer Disputes Redressal Commission. Holding Rana guilty of negligence, the commission said “the foetus was 13 weeks old when the MTP was done by Dr.Rana, alone, at Rajdhani Nursing Home (in Shahdara in east Delhi), a private nursing home”.

“There was as such violation of provisions of section 3 and 4 of MTP Act 1971, not only because the termination of pregnancy was done in a private nursing home by OP No.1 (Rana) but also because there was no other doctor beside him as provided in section 3(2)(b) of the MTP Act 1971,” said Zaidi. “The violation of provisions of MTP Act makes Rana prima facie responsible for negligence and we need nothing more to hold him negligent,” said the commission.

Pahwa said in her complaint that she had approached Rana for an MTP on January 7, 1997. After an examination, the doctor ‘terminated her pregnancy’ at his Munpee Clinic in east Delhi’s Dilshad Garden and prescribed her some medicine. But she continued to feel uneasy and suffered from pain even a month later.An ultrasound disclosed the shocking truth — she was carrying a 13-week foetus.

Pahwa complained to Rana, who allegedly apologised and offered to conduct the MTP again at the Rajdhani Nursing Home.On his advice, she got admitted to Rajdhani Nursing Home where the second MTP was conducted by Rana February 6, 1997, her complaint said.The complaint said even the second round of MTP was performed negligently, resulting in injury to the lower part of her intestine and a hole in her uterus — the organ had to be removed at a government hospital. – Khaleejnews