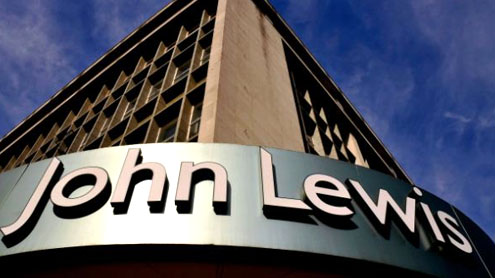 High street institution John Lewis said it could be put out of business if foreign multinationals are not forced to pay more tax in the UK.

Andy Street, managing director of the retailer, issued a stark warning about the effect on domestic businesses if the Government does not create a level playing field.He said companies in overseas tax havens will ‘out-invest and ultimately out-trade’ businesses paying full taxes in the UK.Mr Street has now called on the Treasury to look into the ‘principle’ that underpins where earnings are taxed – suggesting that UK companies are not competing on a level playing field.

His comments come two days after bosses from Starbucks, Google and Amazon were subjected to a three-hour grilling by MPs over how they manage to pay little or no corporation tax on their UK operations.All three denied accusations they were engaged in aggressive tax avoidance and were met with derision from members of the Public Accounts Select Committee.Last year, John Lewis Partnership, which is owned by its 76,500 staff, who receive a share of any profits at the end of the company’s financial year, reported half year profits fell 18% due to increased investment and it’s commitment to be ‘never knowingly undersold’.

Profits were also affected by ‘extremely challenging’ conditions, including competition from other high street and online retailers.Mr Street told the Sky News Jeff Randall Live show that the tax issue was wider than any rivalry between John Lewis and companies such as Amazon.He said: ‘Our customers expect around a fair and level playing field and I suspect our customers do think both companies should be treated in the same way.’Mr Street said overseas companies will effectively be able to invest more in the long run thanks to low tax bills.

He said: ‘You have got less money to invest if you’re giving 27% of your profits to the Exchequer than, clearly, if you’re domiciled in a tax haven and you’ve got much more.’So they will out-invest and ultimately out-trade us and that means there will not be the tax base in the UK. So I do think it’s an issue that needs to be examined.’Mr Street also argued that the Treasury should look into the ‘whole question’ of whether earnings from a particular country were taxed in that same country.Earlier this week Amazon public policy director Andrew Cecil received criticism from MPs when he appeared before the MPs’ committee.Committee chair Margaret Hodge said that he was not a ‘serious person’ after failing to give key information and vowed to call in another Amazon executive to fill holes in his evidence.

She said: ‘The idea that you come here and simply don’t answer the question and pretend ignorance – it’s just not on, it’s awful.’She also told the executives before her: ‘We’re not accusing you of being illegal, we’re accusing you of being immoral.’Jonathan Isaby, political director of the TaxPayers’ Alliance, echoed the call for the Government to investigate the current tax system.He said he ‘understood the public anger’ over the issue.He added: ‘But what we have to remember is that they are operating within rules and legislation, set by a succession of governments of all colours, that have provided loopholes in a tax code which is thousands of pages long, incredibly complex and burdensome.

‘What the call from Andy Street for an investigation should mean, is that the Government should not only be looking at multinationals and how they pay tax but how all businesses pay tax in this country.’Amazon told MPs at the beginning of the week that it used Luxembourg as a base for its European operations because of the favourable tax rate there.Andrew Cecil, the online retailer’s public policy director, said the Luxembourg business’s turnover in 2011 was £7.3billion yet it paid taxes of just £6.4million.It paid no UK tax in 2010 on revenues of £3.3billion.Google paid only £6million to the Treasury last year on UK sales of £2.6billion.Starbucks was strongly criticised for paying just £8.6million in tax in 14 years of trading in Britain. It paid none in 2011 on revenues of £398million. – Dailymail