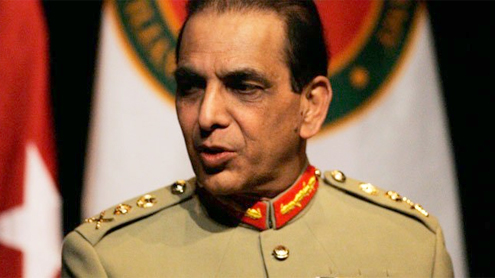 The meeting was part of ‘Tripartite Coordination Mechanism’ and also attended by Acting ISAF Commander Lieutenant General Nicholas Carter and Afghan COGS General Sher Muhammad Karimi along with their delegations. According to ISPR, the participants reviewed ongoing military operations in Afghanistan and adjoining tribal areas of Pakistan.The meeting was significant due to the fact that a document for ‘Tripartite Border Coordination Mechanism’ was also signed to improve border coordination.

The participants also discussed transition of responsibility from ISAF to ANSF as per the ISAF drawdown plan 2014 and measures to gradually enhance Pakistan – Afghan bilateral border coordination arrangements till and beyond 2014.The three sides agreed to continue cooperation for enduring success, peace and stability on both sides of the border.Before the TPC meeting, COAS Gen Kayani called on Afghan President Hamid Karzai at the Presidential Palace. Matters of mutual interest were discussed.