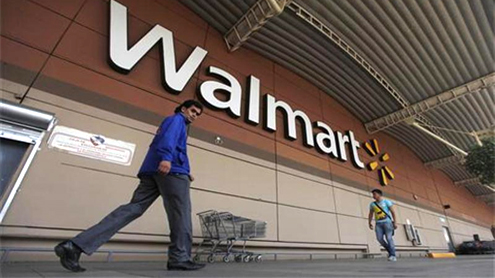 India’s government has appointed a retired judge to probe spending on lobbying by global retail giant Walmart to facilitate its entry into India.

The firm recently disclosed it spent $25m (£16m) on lobbying, including on issues related to “enhanced market access for investment in India”.Opposition MPs in India have been demanding a probe into the disclosure.Last week, MPs voted to open the retail sector to foreign competition – an issue that has proved highly divisive.Opposition parties, led by the Bharatiya Janata Party (BJP), say opening the retail sector to foreign direct investment will put tens of thousands of small businesses and corner shops out of business.

But the government and business leaders argue that it will boost the economy and transform the way Indians shop.”The government will appoint a retired judge to hold a time-bound inquiry into the media reports regarding Walmart,” Parliamentary Affairs Minister Kamal Nath announced in the Lok Sabha [the lower house of the parliament] on Wednesday morning.Several opposition MPs have alleged that Indian government had been “bribed” by Walmart lobbyists.

Walmart has denied the allegations saying that its lobbying expenses were made to consultants in US and the disclosures were in accordance with US laws.”The allegation that a routine US lobbying disclosure form reflects improper conduct on our part in India, is false,” Walmart said in a statement.”This disclosure has nothing to do with political or governmental contacts with India government officials”, it said.

The firm said it had discussed its “business interest in India” with the “US government officials – along with 50 or more other topics during a three month period”.Over the last few days, several opposition MPs have called for an inquiry into whether Walmart had spent any of its money in India.The decision by India’s government to allow 51% foreign direct investment (FDI) was approved by the Lok Sabha (lower house) on 5 December and the Rajya Sabha (upper house) on 7 December. – BBC