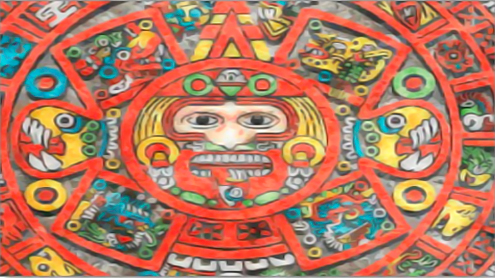 Scholars in Pakistan have termed as “baseless” a prophecy by the ancient Mayan civilisation that the world would come to an end Dec 21, 2012.

Many scholars criticised the media for projecting such a “flawed and unauthenticated” prediction that has created terror among the people at a time when there is severe depression and chaos already prevailing in the society, the News International daily said.Qari Muhammad Hanif Jalandhri, a top official of the Wafaq-ul-Madaris Pakistan, a federation of Islamic seminaries, said the doomsday prediction was the “greatest lie”.

“No one knows about the exact date and time of doomsday. Allah has kept this knowledge secret and exclusive to his own person. So any such prediction would be baseless and futile,” he told the daily.A representative of another Islamic scholar, Allam Tahirul Qadri of the Tehrik-i-Minhajul Quran, said there were more than 700 years left for the arrival of doomsday to the Earth.

Muhammad Adam Khan, a religious official from Rawalpindi, said such superstitions were popular among people because they do not seek knowledge from the Quran.Another official went on to say that Allah gave the maximum knowledge to Prophet Mohammad more than any other person in the world.”If anyone has the capacity to tell the exact date and time of doomsday, it must have been Hazrat Mohammad. When he clearly said that he did not know about the date and time of doomsday, then anyone whosoever may be predicting is spreading falsehood,” Mufti Nasir said. – Khaleejnews