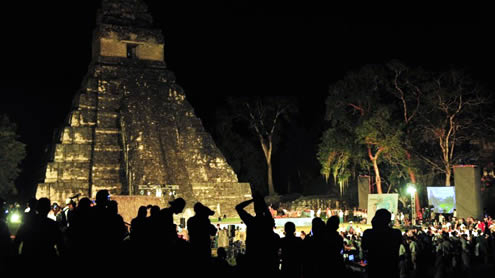 Deadline passes for End of the World

Phew! You can let out your breath now – the earth is still safely on its sphere despite Doomsdayer predictions of an impending apocalypse to coincide with the end of the Mayan age. The human race has successfully navigated the 11.11am deadline on 21.12.12 – at least it appears so with no reports of the globe being besieged by raining fire or killer earthquakes.

For centuries, the ending of the Mayan calendar, which occurs today, has been taken as a sign of an impending Armageddon. But now there may be a few sheepish looks in a corner of south-east France, which was cited as the only safe spot, unless of course that UFO did turn up and they just haven’t told us about it. With Australia one of the first countries to see the sun rise on what is supposed to be the end of days, Tourism Australia’s Facebook page was bombarded with posts asking if anyone survived Down Under.