Why the World Didn’t End on Dec 21 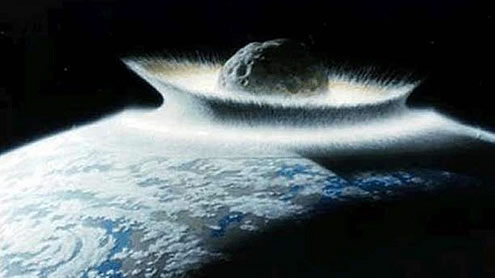 Dec 21 has come and gone with the prophecy that the world would come to an end turning out to be all hot air and hype. The truth regarding the date, says renowned Maya scholar David Stuart and University of Texas at Austin art history professor, is that the day is indeed meaningful, but not in the way you might think. “The Maya never actually predicted the end of times,” says Stuart, who recently won a Unesco medal for his lifetime contributions to the study of ancient Maya culture and archaeological sites, including Unesco World Heritage Sites.

“In the Maya scheme of time, the approaching date was thought to be the turn of an important cycle, or as they put it, the end of 13 bak’tuns. The thing is, there are many more bak’tuns still to come,” adds Stuart, reputed to be the world’s leading epigrapher of Maya script. Earlier this year, Stuart was working with colleagues at the ruins of La Corona in the Guatemalan jungle, where they excavated many inscribed stones that had been part of a staircase. Stuart was brought in to decipher the 56 glyphs carved into the stones. He discovered 200 years of political history and, to his surprise, the second known reference in Maya culture to the so-called end date of Dec 21, 2012.

But despite the popular misconception, the date doesn’t predict the end of times. Rather, it was intended to promote continuity during a time of crisis. “The hieroglyphs emphasised seventh century history and politics, linking the reign of an ancient king to the turn of the 13th bak’tun many centuries later,” Stuart explains. “The point was to associate the divine king’s time on the throne to time on a cosmic scale.”

“The monument commemorated a royal visit to La Corona in AD 696 by the most powerful Maya ruler of that time, a few months after his defeat by a long-standing rival in AD 695,” said Stuart. “This ruler was visiting allies and allaying their fears after his defeat. It was a time of great political turmoil in the Maya region, and this king felt compelled to allude to a larger cycle of time that happens to end in 2012.” Rather than prophesy, the 2012 reference served to place this king’s troubled reign and accomplishments into a larger cosmological framework. In times of crisis, the ancient Maya used their calendar to promote continuity and stability. – Khaleejtimes