Chautalas get 10 yrs in jail for graft 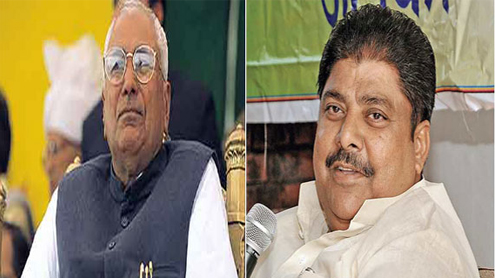 Chautalas get 10 yrs in jail for graft

New Delhi: In a judgement that could have electoral ramifications in Haryana, former Chief Minister Om Prakash Chautala and his son Ajay Chautala were today sentenced to 10 years imprisonment for corruption amidst scenes of violence by his supporters in a Delhi court complex.

Special CBI Judge Vinod Kumar, who last week had convicted the Chautalas and 53 others, including two IAS officers, for corruption in a teachers’ recruitment scam and other charges, today handed them varying jail terms. 78-year-old Chautala senior, a five-time RPT five-time former Chief Minister, and his son 51-year-old Ajay Chautala are both sitting MLAs and could stand disqualified from contesting the assembly elections next year if their conviction is not stayed by a higher court.

Under the Representation of the People Act, a person convicted of any offence and sentenced to more than two years imprisonment shall be disqualified from the date of conviction and for a further period of six years after his release. Unfazed by the violence outside, the judge read out the order of sentencing as Chautala’s supporters thronged the court complex threw stones and crude bombs and clashed with police who resorted to lathi charge and use of tear gas in a bid to restore order.
The senior Chautala was not present in the court because of his hospitalisation after being taken into custody last week, his son and all the other convicts were present in the court.

Apart from the Chautalas, the court has awarded ten years imprisonment to Sanjiv Kumar, the then Director of Primary Education, Chautala’s former Officer on Special Duty Vidya Dhar, both IAS officers, and political advisor to the then Haryana CM Sher Singh Badshami, currently a sitting MLA. – GreaterKashmir