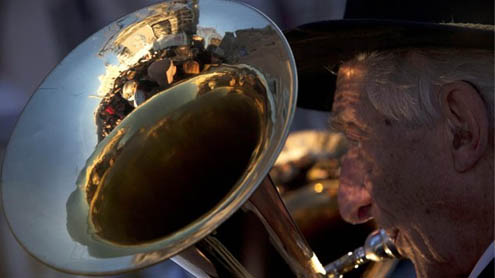 Your daily look at late-breaking news, upcoming events and the stories that will be talked about Thursday:

1. HOW THE POPE WILL BE REMEMBERED

Benedict XVI tried to set Catholicism back on a conservative path, believing that reforms of recent decades weren’t in keeping with the church’s teachings.

2. A LIKELY BOOST FOR SYRIA’S REBELS

The U.S. and some of its European allies appear poised to start delivering meals, medical kits and other forms of nonlethal assistance.

The justices signal that a key part of the statute may have outlived its usefulness. “Times change,” Justice Anthony Kennedy says.

4. YET ANOTHER WORRY FOR AFGHANISTAN

The impending withdrawal of U.S. and other foreign combat forces means more than a loss of firepower. International aid will also decline.

The Dow rises to within 100 points of its all-time high on signs of a housing recovery.

The AP obtains a letter announcing the retirement of a top Homeland Security official after illegal immigrants were freed from jail as a cost-cutting measure.

A Colorado couple is suing a school district for not allowing their son to use the girls’ bathroom. The 6-year-old has a disorder and identifies as the opposite gender.

An Egyptian city utterly dependent on foreign visitors sees its fortunes plummet with the fiery crash of a sightseeing balloon.

9. IN SICKNESS AND IN HEALTH. AND IN SPACE.

A tycoon announces plans to send a married couple on a privately built spaceship on a slingshot voyage around Mars.

10. THE ELVIS OF THE IVORIES

Van Cliburn, the pianist who outplayed the Soviets in 1958 and returned home to the first ticker-tape parade ever for a classical musician, dies at 78. – YahooNews