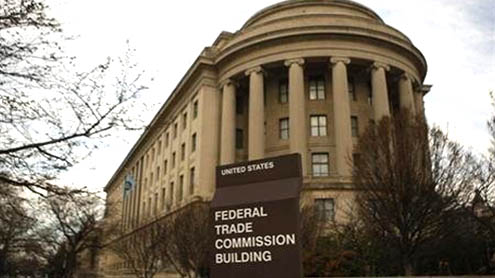 WASHINGTON: President Barack Obama is to name Edith Ramirez, once his colleague at the Harvard Law Review, as chairwoman of the Federal Trade Commission, the FTC said on Thursday.

Ramirez, 44, a Democrat who worked for Obama during the 2008 presidential race, was a lawyer specializing in business litigation and intellectual property in Los Angeles. She has been a commissioner since 2010.Ramirez is to begin work as chairman on Monday, the FTC said in a statement.She takes the FTC’s helm as it considers several high-profile mergers, including the proposed Office Depot Inc deal to buy rival office supplier OfficeMax, Tesoro Corp’s purchase of a BP refinery in gas-price sensitive California, and Tempur-Pedic’s proposed purchase of mattress rival Sealy Corp.

The agency is also working on online privacy issues, which often pit companies against consumers.The appointment of Ramirez, a Latina from Southern California who is fluent in Spanish, could calm some criticism of Obama, who was attacked after his first three cabinet appointments in his second term went to white men – John Kerry to head the State Department, Chuck Hagel for Defense and Jack Lew for Treasury.The White House has said Obama intends to maintain diversity in his Cabinet in the second term.

The choice of Ramirez, whose positions have shown her to be a moderate, over fellow Democratic commissioner Julie Brill also indicates the White House wants a centrist FTC, antitrust experts said.”We see this as a positive appointment. We have heard and experienced her taking a very measured approach to enforcement,” said David Wales, a former antitrust official with the FTC and the U.S. Justice Department, and now at the law firm Jones Day.

Ramirez, who graduated from Harvard Law School a year after the president, was the editor of the Law Review there when Obama was its first black president, according to the school.Ramirez went on to be Obama’s director of Latino Outreach in California in 2008.As a commissioner, Ramirez does not require Senate confirmation.Ramirez will replace Jon Leibowitz as the head of the agency, which works to protect consumers from unfair business practices and maintain competition in the marketplace.

Senator Amy Klobuchar, the new chair of the Senate Judiciary Committee’s antitrust subcommittee, praised Ramirez as a “highly respected FTC commissioner.””I look forward to working with Commissioner Ramirez to protect consumers and promote competition, and I am confident she will be a great partner in these efforts,” she said in a statement.Leibowitz’s departure leaves two Democrats and two Republicans, Maureen Olhausen and Joshua Wright, on the commission, which at full strength has five members. In the case of a 2-2 vote, no action is taken.

There has been little word so far on a nominee for the open spot. A potential candidate appears to be Leslie Overton, a former partner at the Jones Day law firm who is now at the Justice Department’s Antitrust Division, said an antitrust expert who asked not to be named.Under Leibowitz, the agency had been working on intellectual property issues, including the problem of companies with patent portfolios filing frivolous infringement lawsuits.The commission handled high-profile antitrust cases against Intel Corp and Google Inc, and advocated “Do Not Track,” a campaign to allow consumers to opt out of being tracked on-line.

“Under her leadership, we expect the FTC to blaze new ground on privacy – especially involving mobile devices, digital data brokers and Do Not Track,” Jeff Chester of the Center for Digital Democracy said of Ramirez.In her law career, Ramirez represented corporations including Mattel Inc and Northrop Grumman Corp. She also served between 2005 and 2010 on the board of commissioners for the Los Angeles Department of Water and Power, the largest U.S. municipal utility. – YahooNews